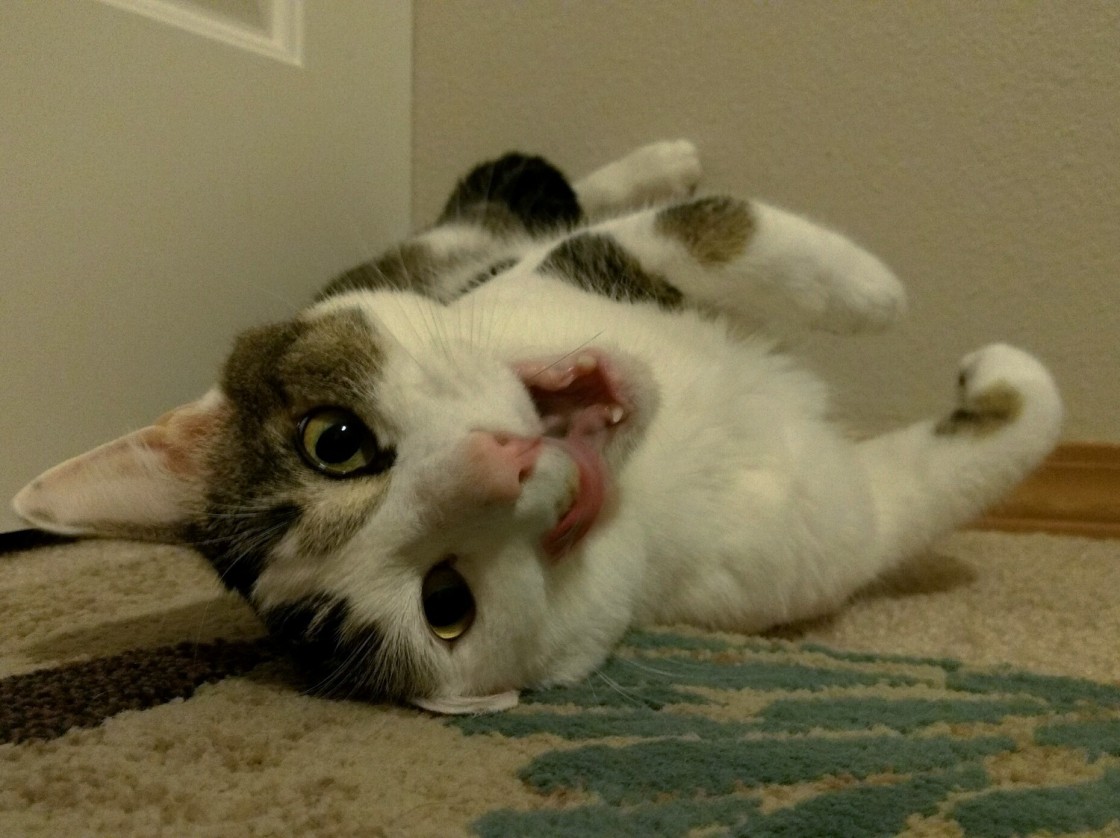 Cats are weird animals.  Each has their own personality.  I probably sound like the crazy cat lady that I know I am.  Even so, what I say is true.  I own two cats.  Athena is very sweet, shy, and extremely fat.  Apollo sucks his tail (like he is nursing, it’s weird), loves me, follows me around, and frequently tries to murder my husband.  When I say murder I am really not exaggerating.  He tries to trip him on the stairs and will jump out and attack him every chance he gets.  Apollo is also a little bit of a yarn jerk.  He is insanely interested in animal fiber blends and tries to steal the yarn balls whenever he sees an opportunity.

I love sitting at home on the couch with an audio book or the TV on.  When I do this it is like an open invitation for my kitties to start as much mayhem as possible.  Sometimes they pick a fight with each other and I have to chase them to separate corners of the house.  Other times they are insistent on sitting in my lap.  Even when I am making something small, having them in my lap makes it a real challenge to get any actual knitting done.  When I can convince them to sit next to me, not on me, I run the risk of sharp claws attacking me every time the yarn moves.

When I make a mistake and have to rip back it is like Christmas has come early for them.  They make the yarn I have ripped out into a tangled mess.  Why is it that they have to sit directly on it?  Why do they have to walk though it and in the process get themselves tangled in it and make an even bigger mess?  I think they like it and do it on purpose.  Maybe they like to watch me struggle to make it right again.

Don’t even get me started about when my yarn baller and swift come out.  It is like a moth to a flame.  Apollo insists on jumping into the swift while it is moving.  It ends up hitting him in the face almost every time but he keeping trying (maybe this is why he is such a weirdo).

Even with all the pandemonium they cause I wouldn’t trade the little trouble makers for the world.  It is wonderful and relaxing when the stars align and I am able to knit with a purring cat beside me peacefully sleeping.  A completed project isn’t really finished until a few stray cat hairs have made it lovingly into the finished product.

P.S. My dog can be just as attention seeking and certainly isn’t an angel while I knit, but he is far less interested in my yarn. 🙂